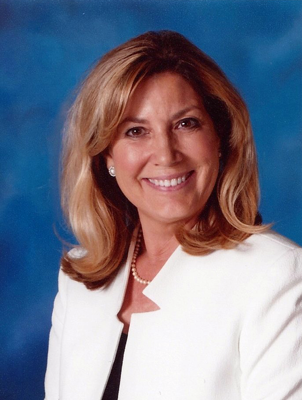 Celeste M. Riley is currently serving her second term as the Clerk for Cumberland County, New Jersey. She was re-elected in November 2019 and sworn into office to begin serving her second five year term which began January 1, 2020.

A former 3rd District Assemblywoman, Riley began her career as a public servant, becoming an educator at Greenwich–Stow Creek Elementary Partnership School from 2001 to 2014. It was through teaching that she was inspired by her students, and, recognizing the need to provide a better future for our children, Celeste Riley decided to throw her hat in the ring and run for local government.

As the first woman to serve in New Jersey Legislature’s Third District, Celeste was first appointed in 2009 to fill a seat vacated by current Secretary of Agriculture Doug Fisher. Celeste has since won two reelection campaigns. She served as Chair of the Assembly Higher Education Committee, Vice-Chair of the Tourism and Arts Committee and is a member of the Transportation, Public Works and Independent Authorities Committee.

In the past, she has served as Vice-Chair of the Assembly Agriculture and Natural Resources Committee and has served on the Health and Senior Services and Housing and Local Government Committees. Her district included all of Salem County; Bridgeton, Deerfield, Upper Deerfield in Cumberland County; Clayton, East Greenwich, Elk, Franklin, Glassboro, Greenwich, Logan, National Park, Newfield, Paulsboro, South Harrison, Swedesboro, West Deptford, Woodbury Heights; and, Woolwich in Gloucester County.

Prior to joining the NJ Assembly, Celeste Riley served as a member of Bridgeton City Council and rose to become the Council President. One of her most notable accomplishments was establishing “Building a Better Bridgeton”, which was a beautification project for the aging industrial foundations of Bridgeton. The project encouraged community involvement and outside investors to focus on updating buildings and making the city more attractive for business and residents. Growing up and living in a working class neighborhood of Bridgeton, New Jersey, Celeste understands that New Jersey’s future is dependent on the growth and diversity of its people. As a result, her primary legislative priorities included job creation and economic growth. In her first term in the State Assembly, she worked to advance initiatives to promote New Jersey agriculture production and farmland preservation. According to the New Jersey Department of Agriculture, agriculture ranks third in importance (behind pharmaceuticals and tourism) in economic importance to the state.

• Investing in Higher Education which will drive economic develop and create an attractive workforce for businesses.

• Bringing jobs to high-unemployment areas of the state.

• Improving K-12 public education to ensure that New Jersey is developing its next generation of a globally completive workforce.

Inspired by her father, Joseph J. Riley, D.O., who worked as a local doctor and working to bring a medical school to Southern New Jersey, Assemblywoman Riley, in keeping to her goal to provide a better future for our children, sponsored one of the most important pieces of legislation for South Jersey: The New Jersey Medical and Health Sciences Education Restructuring Act. The law creates regional centers of excellence, including a Medical School at Rowan University, which will help the state attract and retain exceptional talent, create innovative partnerships, and draw a highly trained and capable workforce essential to New Jersey’s future.